Defending the world against negativity

The Teddy Bear is a modern day dream totem protecting us from bad dreams and negative energy.
TEDDY BEAR ARMY IS
Fighting to remember the hope and dreams we held as children. Standing firm in the face of adversity striving to make the world a better place.
A NEW KIND OF ARMY
A multi media magical art project. 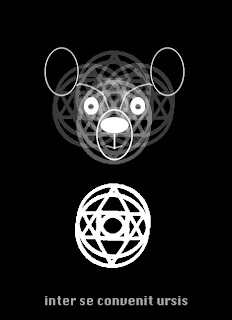 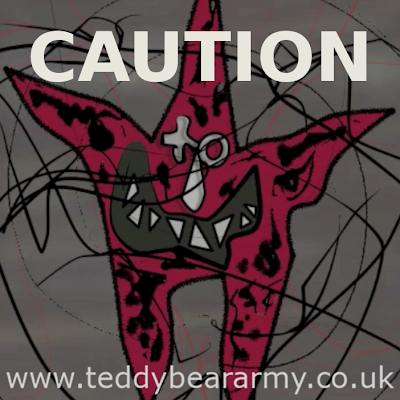 Materialises out of thin air.
At first sight quite comical looking, rather like a demented dancing evil star fish.
This volatile little night terror is a constantly fragmenting form of pure nagging doubt.
Despite struggling to maintain the Vitruvian form it will keep fluctuating and falling apart.
Constantly folding back in upon itself it creates a vortex which drags it's victim stumbling into an abyss of paranoia, distrust and self loathing, leaving them enclosed in a cracked and fearful mirror world. 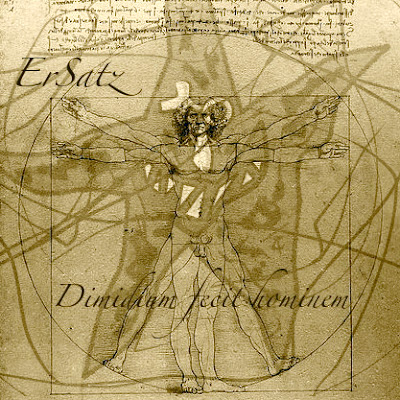 ErSatz. As shown in a grimoire held by the archival library of The Teddy Bear Army.

This has until recently been a common low level nightmare. It's fragile form left it very venerable to attack from claws and thus it was easy to defeat.
Previously many humans were often able to face this one down themselves in the dream time without the need for our intervention.
This is becoming less and less the case and proportionately it has been dramatically increasing in both numbers and strength becoming an increasing menace.

We have the situation well under control at present and are looking into strategies to ultimately overcome the threat.